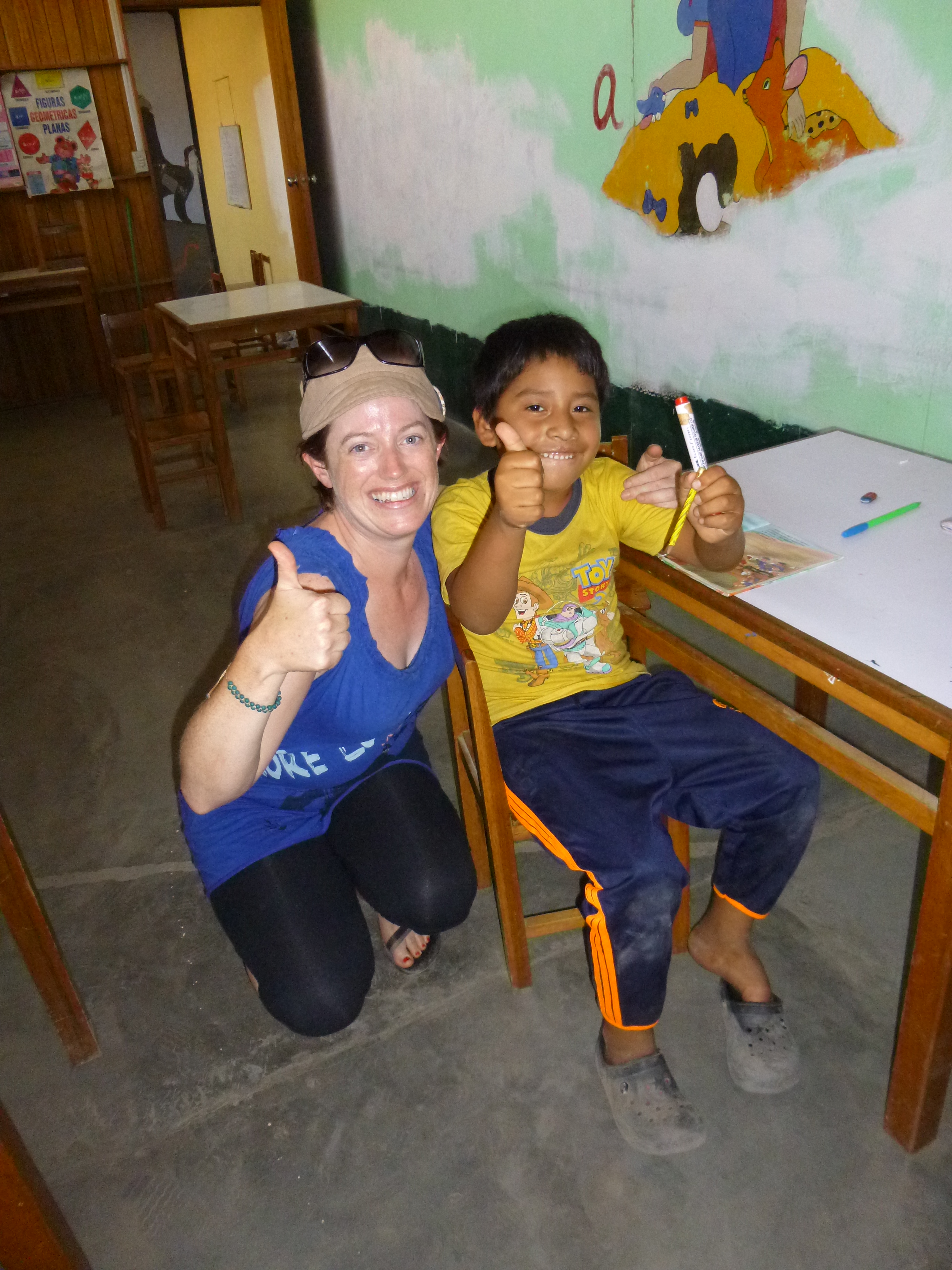 Giving a tiny bit back in the form of 1/2 day Voluteering with a Children’s project run by two Irish nuns outside Lima, Peru. 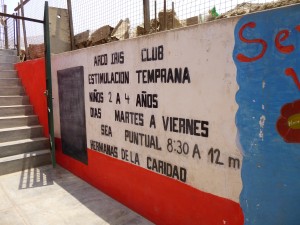 After five and  half weeks of hedonism we knew it was high time to give a little bit back to continent of South America after it had been so kind to us.

As our time had gone on, our fiestas in Rio seemed like distant memories and the further West we got we constantly realised were are so very fortunate in every way, education, electricity, running water and all the things one takes for granted in the Western world.

Niamh had been given a contact of a nun that was friend of her family at home in Clare. This nun a Limerick lady, Sr. Jacinta Morton from Abbeyfeale has spent the last 10 years in Montenegro, a bleak and very poor mountainous suburb of Lima where she and her fellow missionary Sr. Marie have built a school, an after-school, kitchens and their own home from nothing. We had made contact the week before saying we would love to come and visit the project for a day before we head home. Niamh has plans to volunteer in South America over the coming months/years and was dying to see a project first hand to see if she could work there and what the set up was like. 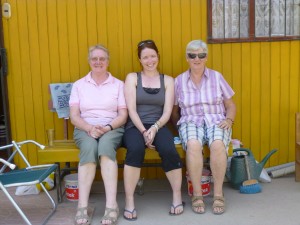 Setting out to this place outside Lima was a big adventure in itself, all we knew, was a bus number and semi how to get there. 2 hours later in 32 degree intense heat, a local bus and shared taxi (a standard car where 8 people are squashed in on top of each other, some sitting on the hand break and food items on the roof)  we arrived at our destination of the school. The cut of the inside of the car: 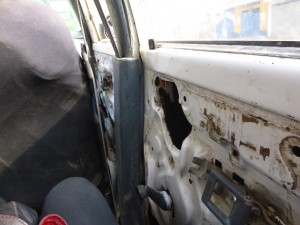 Arriving in this place so barren it has nearly been 13 years since they have had decent rainfall, in fact the houses dont even have gutters.  We were far from shocked as having spent the last few weeks between Bolivia and Peru, the poverty on the streets is very visible. If however we had arrived here straight from Ireland we would have been utterly shocked. 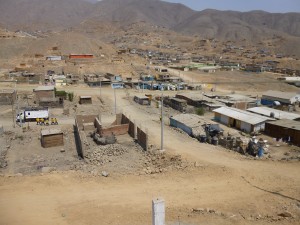 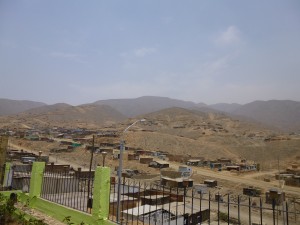 The nuns, both in their 60s for nearly 9 years pulled water up from below to their house but thankfully they recently got a new tank just outside their house which has a pump in the last few months. Just in time as although strong and determined women their energy is better spent teaching the 100+ students aged from 2-6, maths and spanish. Water is paid for by the gallon and they only flush toilets once a day. Showers are only taken twice a week. The nearest suburb to them is a half an hour away via taxi and has a population of over 2million but that feels like another country away when you are up in the bareness of this mountain. There are no roads other side of the mountain so only one way in and one way out. Being busy women they only get to go the town for food, supplies and the internet every two weeks. After a tour around the project of the older (4-6yr olds) and the youger ( 2-3yr olds) class rooms. They showed us the full site. Some of the buidling had been built by the Colombian missionaries but they had added a games room/church and a kitchen to feed the childern during school hours. Most of the money has been raised by them locally but they also have had some donations from home. JP Mc Manus gave them a considerable donation a few years ago which meant they could extend and build on. 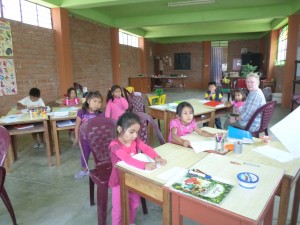 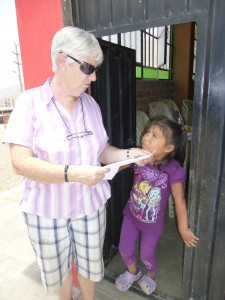 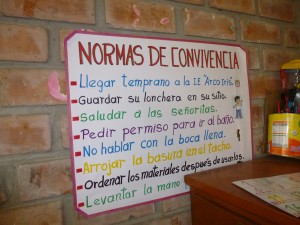 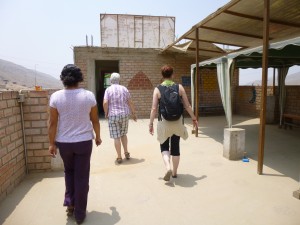 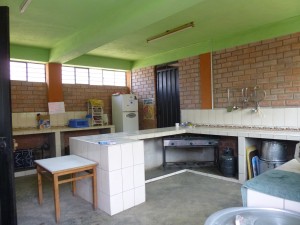 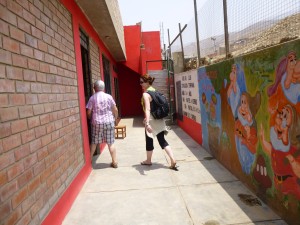 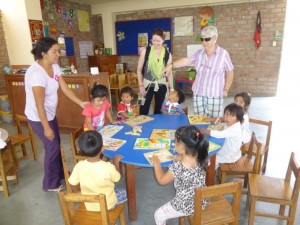 Although a charity, the ladies charge the parents’ of the chidren for the service of educating and feeding them. If they got it for nothing they would not appreciate which makes total sense.  For less that 5 euros equivalent a month the childern are given top education and nutritious food. Most go onto private schools through scholarships as they are educated to such high standards by Jacinta and Mary and some to the local workers whom they have trained also.

The average four year old we met could write their name, do additions, multiplications and sing Spanish and English songs. So advanced and intelligent for their age. If you were to base their poverty on asthetics alone you would be fooled as they are clean, well presented and super polite. We were welcomed by a greeting and a kiss from all the students. But once you get beyond this, Jacinta and Marie explained their hands were weak as not one of them have a toy at home so if we could send some playdough etc when we get home that would really help. Imagine an Irish child, even the most impoverished without even one toy. Its hard to get your head around it when I see my nieces with so many toys. Yes of course, children need food, clothes and shelter but children need to be children and they need to play. 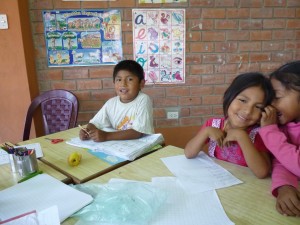 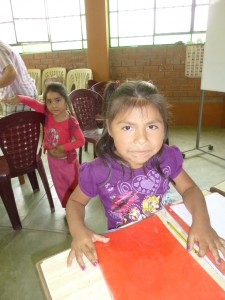 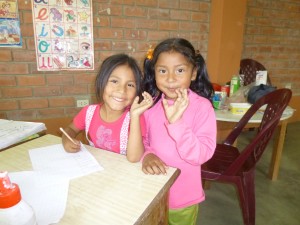 We had bought out a stationary shop the night before, brining colouring pencils, rubbers, scissors etc but really this was not enough. We look forward to sending our 2kg packs of goodies over the next while as the nuns explained what they need and what would be used.

After lunch back at the nuns house, which they have made very homily but still very basic. We helped out at their summer school behind their house for the afternoon. There was also some great excitement after lunch as the street lights they have been promised for the last 3 years were actually been installed. over 15 men were out to put the wires together the ladies were so exited. 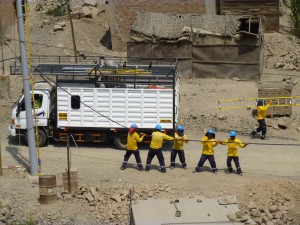 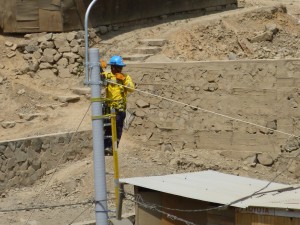 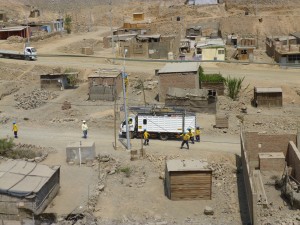 So back at the summer school Niamh and I were pulling out all our old maths from our rusty brains where within minutes the kids were showing us up with simple maths of 17+17+17. The child I taught was so super enthuastic and even with my basic spanish we had so much fun. I loved every bit of it but deep down I know that if I was to do this long term I dont know if I have the patience, also I dont know if I could live without my technology for such a long time. Niamh however took to it like a duck to water and is now more determined than ever to return some time in the future for at least a month. So watch this space as I will be helping her fundraise for this super great cause. Here is my new friend. 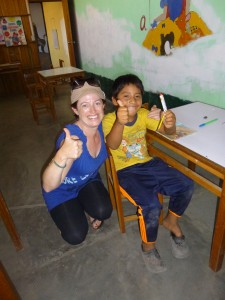 As the kids themselves are the reason why this project exists here are some more pics of these beautiful children. 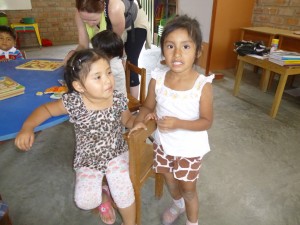 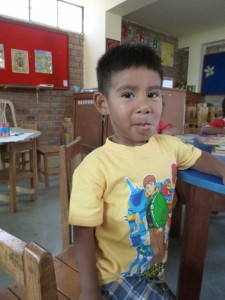 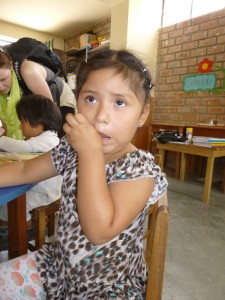 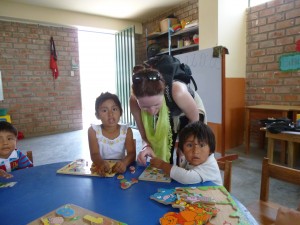 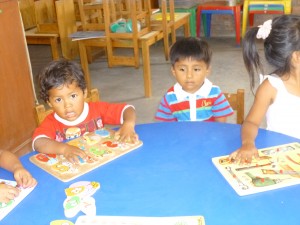 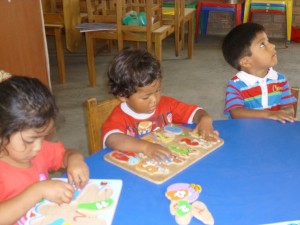 Niamh and I went back to Lima so happy we had made an effort to go and see the project. Now we know there is no such thing as selfless act because deep down you feel good having given back something so super tiny. I wish we could do more but I hope through sending some toys over and telling people about it through this blog and beyond we can help THE most inspiring two Irish Women Jacinta and Marie I’ve met in a very long time. In the face of drought, poverty and an inhospitable environment they have educated 100s of children over the last 10years giving them a chance of life beyond their homes. I wonder what will happen after they go because nobody has a vocation like these ladies from our generation. Truly inspiring.

Thanks for reading and if you wish to give me any items for this charity I will be happy to post them out to the nuns directly or if you or anybody you know who wishes to volunteer with them I can pass you on their details. They really could do with a hand so just drop me a line. Its not for everyone but it would be a really rewarding volunteer program.

In the footsteps of the Incas